I really don't want to be held hostage by the heat this summer so I'm trying to find things for us to do.  Chris works across the street from the Old Mormon Fort, but we have never been.  I decided to remedy that and we took a little field trip. It was more like an hour thing rather than all day, but it was interesting.  The Mormons who came lasted less than two years before they left due to heat and discontent but they paved the way for others to settle the area and the beginnings of, well, much more than the Las Vegas strip.

It's interesting to have my oldest and my youngest's birthdays just a few days apart.  All of their birthdays kind of hit me hard.  With Kaylee everything is a first time and with Dalin it's the last.  Either way I feel old:)  Kaylee's birthday started out much the same as Dalin's, Chris and I being greeted by a little bum shaking.  For those of you who know Kaylee you may know that she is obsessed with very interested in Dr. Who.  This was a very Whovian birthday for sure.  She started with some family gifts which included Dr. Who t-shirt, converse, tardis cookie jar and her door decorated to look like a tardis.  She then went for a hair cut and style to look fabulous for her birthday lunch with friends.  After much laughing and eating she and said friends wandered the mall for a while before coming back to our house to "hang out".  (14 year olds do not have play dates.) 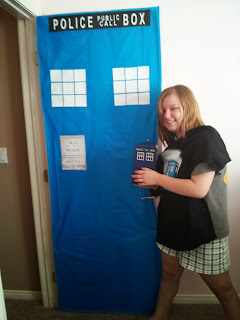 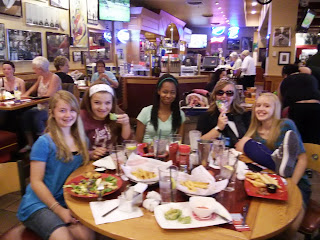 We have this unspoken rule (or maybe it's been spoken often and loudly) about birthdays and holidays.  Do not wake mom and dad up before 7:00.  Yes Christmas is the exception.  Dalin followed this rule for his birthday, but he and Kaylee were up early enough to make a plan that included some booty shaking when Chris and I came out in the morning.  Dalin is a great kid and of all our children his personality is the most like Chris.  I think that might be why he had to come last, to give his siblings, or most likely his mom,  a fighting chance.  He started with presents in the morning, then a play date and lunch with his bestie cousin Scott, then ended with a birthday celebration for all the June birthday's in my family.

Here's the 7.0 version of the favorite's 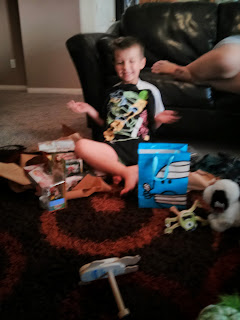 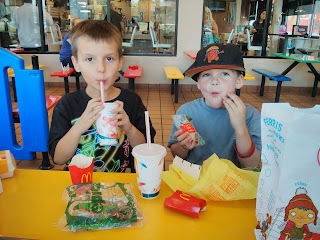 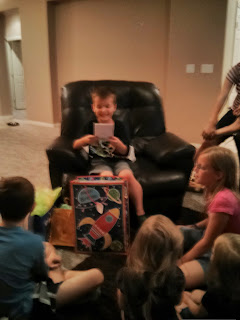 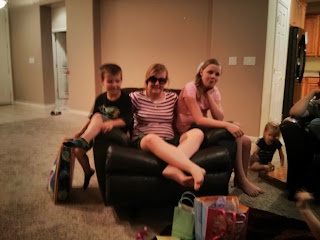 Because I have super fantastic kids (yes I'm totally bragging...and I'd do it again) the end of the school year requires a lot of supportive appearances on my part as a parent.  I kind of love that they really do their best and it's even better for them when they get recognized for it.

May 16:   Ashton's final band concert. She played percussion so  she got to do the drum, snare drum and bells (I call it a xylophone but I am not the professional) I know I took video but I can't find it.  I'll have to post it later.  She also got and award for being a great math student, but that was a luncheon during school so no pictures:( 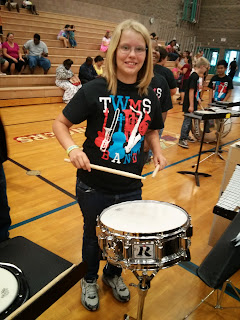 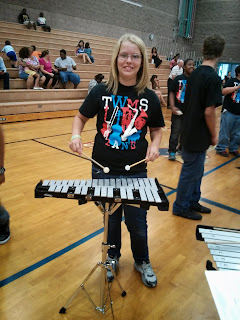 May 29(am):  Dalin had kind of a tough year that included a lot of changes, but it worked out for the best because he ended up with this marvelous teacher Mrs. Rodda.  I kinda wish Dalin could have her for the rest of his life.  It probably wouldn't help his issues with change, but I might be willing to risk it.  This was her first year teaching at Treem but she had a parent volunteer that helped in her class whose child had Mrs. Rodda last year at a different school.  That's how great she is, she has a following.  Anyway he received the super citizen (or something like that) and his improvement was awesome and I am so proud of him.

May 29 (pm):  Eighth grade awards.  I didn't have a very good angle to get pictures of Kaylee actually accepting any of the awards, but she dun good!  Even better is her group of friends cleaned up on awards as well.  It's nice to know she's hanging out with some good kids.
May 30:  Aiden cleaned up at his awards assembly!  I think he ended up with seven awards.  He was involved in almost everything Treem had to offer this year and he loved it.  We've also really loved his teacher Mrs. Smead.  She's a teacher we wanted for all of our kids.  She was Kaylee's 5th grade teacher and we wanted Ashton to have her too but she moved to fourth grade that year:(  Luckily we picked her back up with Aiden and she is still as wonderful as ever!  It was a great year for Aiden 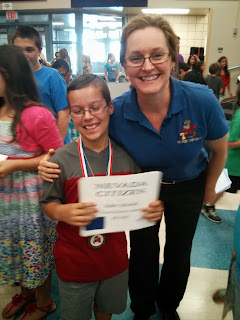 I don't remember having a big deal eighth grade dance when I was in jr high but Kaylee's school presented her with the opportunity to attend "Skyglow" 2013.  Really Skyglow was the theme of the dance not what it is always called. I'm just trying to create an excitement for the event.  At first I was kind of against the whole thing (it cost $20, people were going as "couples", some kid even rented a limo) but Kaylee went with a great group of friends and even though her report was "it was okay", I'm going to translate that to mean she had a lot of fun.  Once I embraced the dance I probably got more excited than I should have and we went shopping for a new dress. Have you tried to find a modest dress for a middle schooler?  I tell you what it's a frustrating business and threatened to dampen my spirits.  We finally found one, and even better it was an excellent price.  The girls met up early at the school to take pictures and they were totally and unintentionally color coordinated! Cute huh! 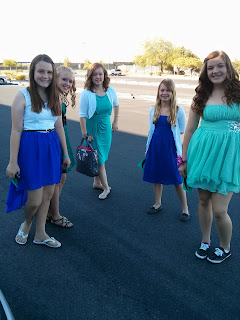