It's been a while so I'm going to play a little blog catch up.

We had Thanksgiving with some of Chris's family (Yeah I'm that behind). It was a lot of fun to visit and of course eat. My sister in law Megan hosted and she made some magnificent food. We all ended the day sufficiently stuffed but still wanting more. It's been a couple of years since we've had family pictures and we took advantage of my sister in law Kim who kind enough to take some for us while she was here. I think they turned out pretty cute. I know it's a picture overload, what's your point? 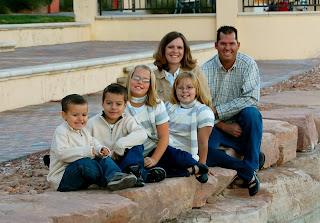 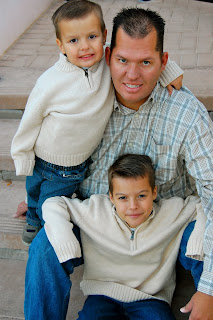 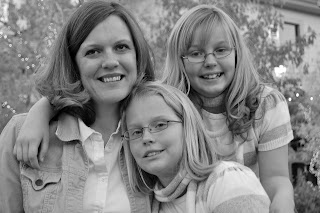 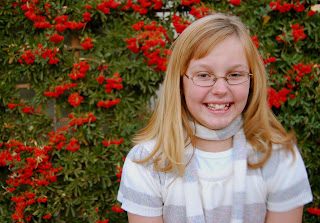 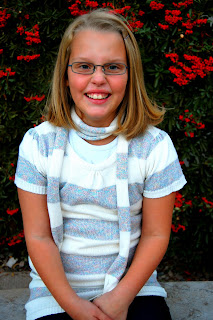 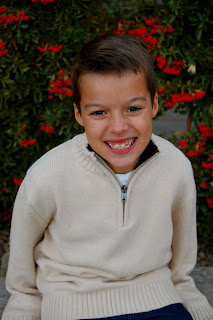 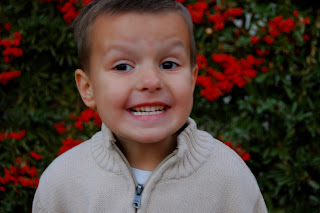 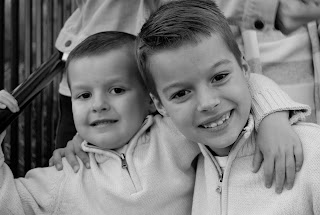 Our Christmas was pretty low key this year. I finally learned my lesson and wrapped the presents two nights before Christmas instead of the night before. I know my efficiency is astounding. But Christmas eve was much more enjoyable for me. I heard the pitter patter of impatient feet starting around 2 am, but they didn't wake Chris and I up until 4:30 (at least not intentionally). 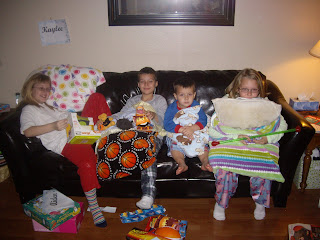 Christmas morning
Chris had a birthday and we went to his favorite restaurant Texas de Brazil. It's a carnivores dream. There are servers carrying around skewers of meat that they keep serving you and serving you until you burst. It is really good, but I only had two pieces before I was done. We celebrated with the kids by having Claim Jumper cake. 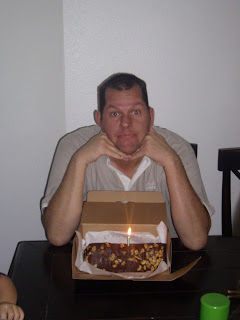 If you're going to give me pose like that, you know it's going to get posted:)
We got free tickets to the circus. I'm not a fan of the parts with animals because they always look so sad, but the rest was pretty fun. Chris and I decided that Aiden can be a professional fan when he grows up because he was certainly cheering his heart out for every act. 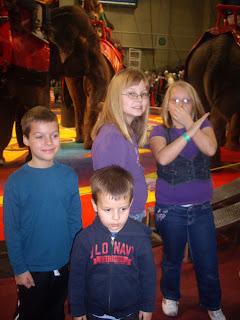 Ashton was not impressed with the elephant smell 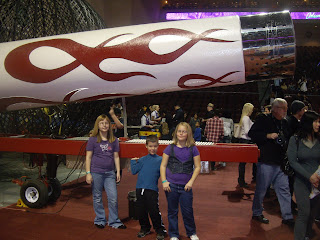 The cannon for the human cannonball
Posted by Kristen on Wednesday, January 19, 2011 2 comments: