Today was Kaylee's Fifth Grade Promotion ceremony, just another event to remind me that she won't stop growing up. We are always proud of Kaylee but today she gave even more reason to beam with the several awards she received at the ceremony. She got the three-peat (all three trimesters) A honor roll certificate, Great American Challenge award (she was one of only about ten in the whole school who completed that one) and the Presidential Academic award (signed by the president himself) for receiving straight A's for the entire three years she was at Treem. We're both a little nervous for what middle school will bring but I know she will do brilliantly, and I will try to get by:) 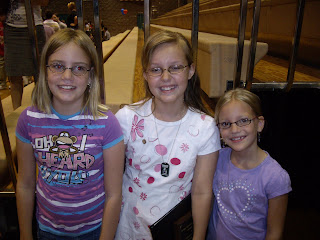 I love that my kids are such great friends with their cousins. Emily and Abby came to the ceremony. 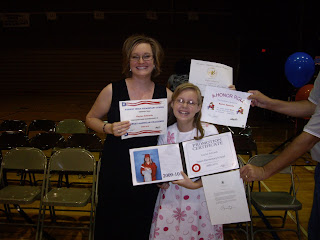 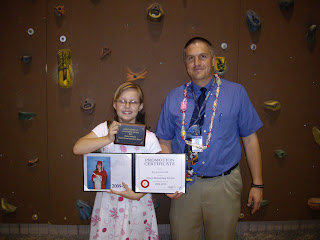 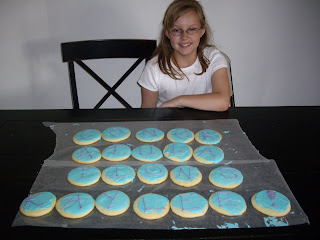 The students were allowed to go home after the ceremony if they chose. Of course Kaylee wanted to go back to school, so rather than giver her flowers or balloons to carry around all day I made a cookie message to greet her when she came home.
Posted by Kristen on Monday, August 02, 2010 3 comments: