Wicked is in Las Vegas for six weeks and I reeeeally wanted to go.  Ticket prices, however, weren't really cooperating with my desires.  Last week I was checking the site again for maybe some miracle price reduction when I saw the "Wicked Lottery".  Two hours before each show they lottery off  twenty $25 orchestra seats.  You put your name in a cauldron and each name drawn can buy up to two tickets.  The theater is five minutes from where Chris works so on Friday he decided to give it a shot.  He didn't win.  I wasn't surprised.  We decided to keep going until we won, so we loaded up the kids and headed out on Saturday.  I thought we should bring the kids because we weren't going to win and we might as well take advantage of being so close to the strip and find something to do.  When we got there we found out anyone over four can put their name in the lottery.  Bonus!  Everyone who wins wants two tickets of course, so when they pulled the tenth name and it wasn't ours we were already making plans for Chris to keep coming back after work and I would meet him with the kids on Fridays and Saturdays.  The tenth name only wanted one ticket!  We still had a chance.  Eleventh name drawn didn't want a single ticket.  Neither did 12 or 13.  Number 14...KAYLEE EDWARDS!  And she said yes thank you to that single ticket, then gave it to her mom for her birthday!  (My kids are the best:) 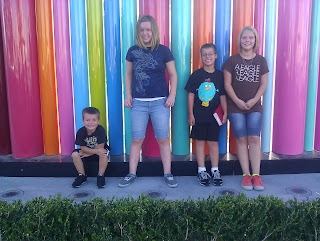 We decided to try again for the evening show so every one in our family who wanted to go would get a chance.  After the matinee I met up with Chris and the kids and we tried again.  While we were waiting, Chris went to talk to some people who had been at the afternoon drawing.  They had made a comment about "those mormons bringing all their kids and ruining everyone's chances" (don't worry they were mormon too it was all in jest:)  This time around they had brought 14 people with them.  I'd say they were determined.  Name three, our new lottery friends won!  Name five, they won again!  Name eight, you guessed it, they won again!  As they were going to the box office to pay they told us if they didn't need all of the tickets they would let us have them (see why I call them friends).  Our names weren't called but our friends decided they only needed five of the tickets so they let us have the other one.  Once they actually did a count it turned out they really only needed four so Chris got to take Kaylee on a pretty fancy date! 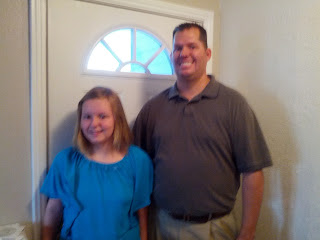 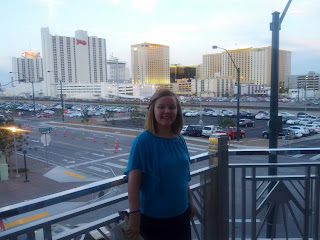 Fast forward to Wednesday.  Chris went after work and there were probably twice as many people putting names in.  The odds are getting smaller and Chris was there by himself:(  I was at work and got a text from Chris.  HE WON!!!  Are you kidding me!  Awe-some!  These tickets went to my mom and Ashton.  I feel like we've probably used all our luck, but we might try a few more times. 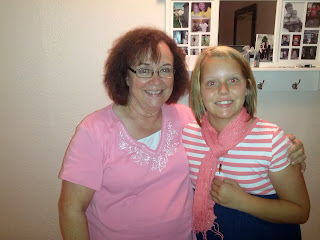 More double digits!  You know the next stop is teenager don't you?  Lucky for me my double digit kids are pretty awesome!
Some of this ten year olds favorites:
Color:  Blue
School Activity:  GATE
TV Show:  Phineas & Ferb
Food:  Watermelon
Restaurant: Subway
Place: the park
Posted by Kristen on Saturday, September 15, 2012 No comments:

Did you know that you can change the date on your blog posts so it looks like you're totally on top of all things blog-wise?  Just sayin;)
Posted by Kristen on Thursday, September 06, 2012 1 comment: