We have the most fantastic music teacher at Ashton & Aiden's school. She puts together programs for the kids to do every year, which can not be an easy task when dealing with 5-8 year old kids. Yesterday Ashton got to be in the "Fabulous 50's" program and it was so fun! Of course I picked the wrong side of the room to sit on, so we didn't get the part where she was "jamming " on her plastic blow-up guitar, but she was the best rocker up there. 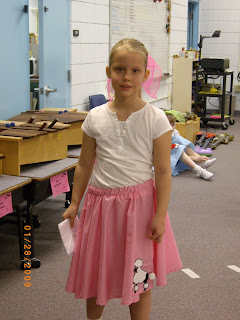 Isn't she cute! Of course her skirt is askew for the pictures.
"The Peppermint Twist." She was an excellent twister but the song was almost over before I realized the camera wasn't recording (dang it!).
Posted by Kristen on Friday, January 30, 2009 3 comments:

As Good as Gumdrops

Yesterday we took a trip up to St. George to celebrate my Grandpa Hafen's 90th birthday. I'm really bad at remembering all the names of the people I'm related to, but there were a lot of people there to show love and support for my grandpa. While making the rounds my dad's uncle came over to say hi to me and my sister-in-law and asked how we were doing. We answered with the standard "good" reply and we in turn asked him how he was. His reply, "Oh I'm as good as gumdrops." Too cute. The day didn't start out very well for my grandpa, he had forgotten to take his breathing medication so he had to go to the hospital for a breathing treatment, but he felt well enough to come to the party after he was done. It is so fun to see how much pleasure he gets from being around his family, and it's always nice to catch up with my extended family 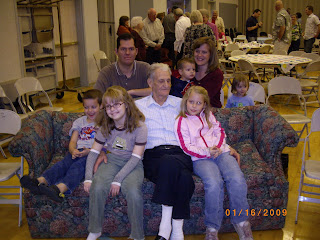 My cute grandpa (my dad's dad) and my family. My neice Kinsey snuck in on the picture too. 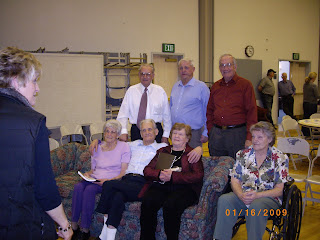 My grandpa is the fifth of 13 kids. These are his brothers and sisters that are still alive. (I would name them, but like I said I'm really bad at the names. I'll find out then post them.) 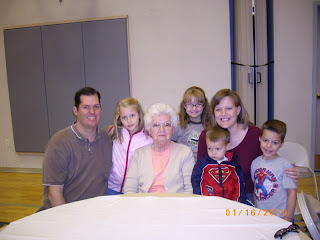 My family with my cute grandma (my mom's mom). She comes to St. George for the winters and she is sweet to check up on my grandpa once in a while.
Posted by Kristen on Sunday, January 18, 2009 3 comments:

So Ashton's spare parts sled didn't really go together like she had hoped, so she decided to try and turn a profit. The other day Aiden comes running in the house and I hear the clinking of change being shaken out of his piggy bank. I ask him what he is doing and he tells me that Ashton is selling her sled parts for only a dollar and he wants to see if he has enough. I told him he wasn't allowed to buy garbage from the mountain and I went outside to see what was going on. Ahton had her parts spread out on the driveway with several neighbor kids checking out the merchandise. I didn't think the parents of these kids would appreciate the investment of their allowances in trash so I shut her operation down. Of course when I told Chris about it he thought it was great and said he totally would have let her do it. No suprise, this is the guy who loaded his sisters toys in a wagon and sold them to the kids of his neighborhood.
Posted by Kristen on Friday, January 16, 2009 4 comments:

Wax on, Wax off

Chris got the "Karate Kid" trilogy for his birthday (thanks Nick & Kim!) so we have been watching them this weekend. Aiden and Dalin really like them, but I think it has more to do with the fact that it has karate in the title than the actual movie. I tell you between these movies and "Kung Fu Panda" we are going to be martial arts experts in no time.

On Saturday we went to Mt. Charleston for Chris's birthday sledding trip. It hadn't snowed for a while and it has been sunny, so the snow was pretty packed down and icy. I do not have very good balance on level ground so icy hill are not my favorite. I went down a few times but mostly I enjoyed watching while everyone else had fun. Aiden had found a very small hill with a very little jump and he wanted to test it out to make sure it wasn't dangerous so he sent the sled down by itself a couple of times. Still not completely satisfied that it would be safe, he told me I should try it. (Thanks dude!) I made it down alive so he finally took his turn and he's sure he flew (I think he got like three feet of air on that jump!). Ashton gathered up a collection of broken sled parts that people had left on the mountain. She wanted to put them all together with hot glue to make an uber-sled. Chris and I were to tired to help her when we came home, but she was determined so she pulled out the red duct tape and went to work.

Chris also got an annual pass to the Springs Preserve for his birthday, and since we didn't stay on the crowded mountain very long and we were going to pass right by it on our way home, we decided to stop by. I figured we could just stay for a little while to get a feel for it, then come back another time for some more serious exploring. We ended up staying for four hours. It was nice, and Kaylee kept saying how awesome it was. The down side was that I lost my camera while we were there. I took it out of my pocket when I went to the bathroom, and by the time I realized I didn't have it and got back to the bathroom, the camera was gone. I'm still hoping it was found by an honest person who just hadn't made it to the lost and found yet. We didn't use it very often, and we have another camera, but it is the one with all of our mountain pictures and it is still a bummer.
Posted by Kristen on Sunday, January 11, 2009 2 comments:

They say it's your Birthday!! 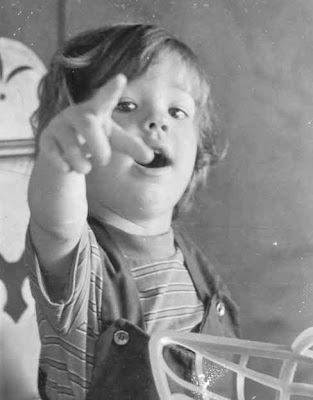 Chris in 1975 he would be three years old. He considers this hairstyle akin to child abuse, maybe that's why we only have a couple of pictures of him when he was little.

Our family is so lucky to have Chris as the husband and dad. He keeps us laughing. He also keeps us from being boring, and gets me out of my comfort zone. We love him! Happy Birthday!! 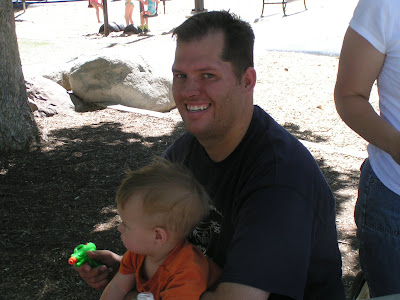 Chris has been wanting to go to California and last night we almost got there. We went to Stateline (so close) to experience a hotel/casino. Yeah I know we have quite a few of those within a five mile radius of our home, but where is the adventure in that? Anyway here are a few things I now know:

Chris thinks it's fun to go where he knows there will be a crowd and wander around with no purpose. The rest of us however, do not.

My kids are not ready for big roller coasters. They will be sure they are brave enough, they will be super excited, they will tearfully change their minds in 2 1/2 minutes...or less. (My prediction was spot on about that one). 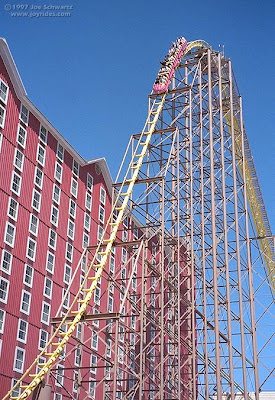 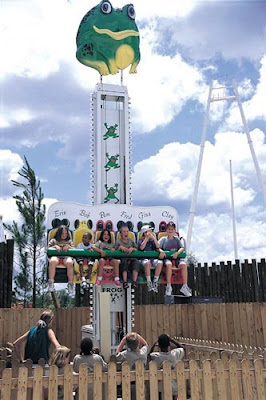 No those aren't my kids, or even at the actual place we went. We forgot our camera so we only have cell phone pictures which never turn out.
If you watch someone play "Dance Dance Revolution" long enough you may actually see them dance their pants off. (Okay that didn't really happen, but it came close)

This isn't really new information, but I am always right! (Despite what Chris says or how he skews the rules in his favor.)
Posted by Kristen on Sunday, January 04, 2009 No comments: