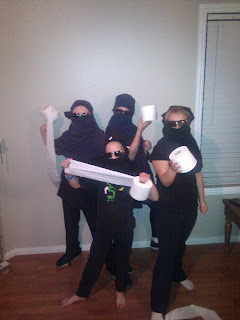 They're coming for YOU! 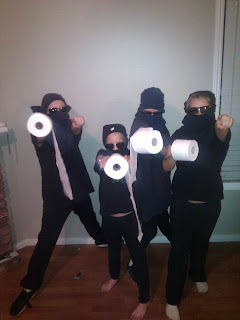 Chris had his wisdom teeth removed in March. He didn't do anything youtube worthy like he was hoping, but he did tell me several times how much he enjoyed the anesthesia. (That was so cool! They said I was going to fall asleep but I didn't believe them them they woke me up and told me I was done! It was so cool!) As a matter of fact he still tells me about it:)

He is kind of a difficult at home patient. He told me he felt fine , he need any medication, planned on going to work the next day and even wanted to try and fanagle his way into a NCAA playoff game. He refused to believe that he was still under the influence of what the doctor had given him in the office. He refused to believe that his face might swell and that he should put an ice pack on his face. He refused to believe that he might be able to learn a few things from the experience of his doctor and millions of other people who have gone through the same situation, until about 3pm. When I came home from getting the kids at school he was in pain. I had to stifle the "I told you so" that was bubbling up inside me and be nurturing instead. Unfortunately the medication didn't agree with him so he had a couple of rough days of pain and nausea. He's all good now but he will never admit there was anything wrong with his logic.
Posted by Kristen on Thursday, April 21, 2011 No comments: