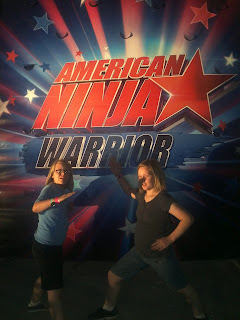 Chris has a thing for Japanese game shows.  There is some cable channel where he can watch several of them, but his favorite is Ninja Warrior and he got the kids hooked as well.  It's like a super obstacle course with three different rounds and only a handful of people have ever completed all three.  It has caught on in America and the finals were taped here in Vegas.  Chris and the girls were able to attend a taping of American Ninja Warrior (su-weet!).   I think the winners get to go to Japan to compete in the original Ninja Warrior. 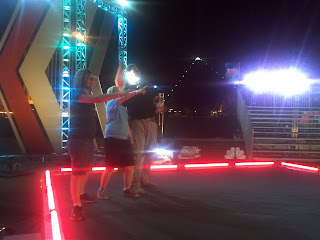 People weren't supposed to take any pictures let alone walk up on the stage but Chris convinced one of the workers to let Kaylee and Ashton on the start point.  They had to pretend they were looking at something, hence the pointing.  Right after the picture the guy got more than a talking to (oops!) 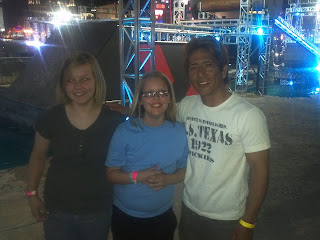