I had to look up the Halloween post from last year to see if I vowed to never make costumes again. I did not..but I definitely was not as gung-ho about making costumes this year. Luckily we found most of Kaylee's costume at Goodwill and Aiden borrowed his from his cousin so I only made two. With that said, here is Edwards Halloween 2011 edition. 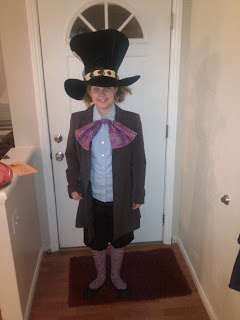 Mad Hatter. The awesome hat (and receiver of much compliments) courtesy of Aunt Megan 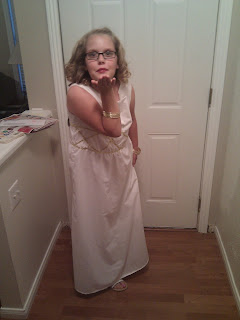 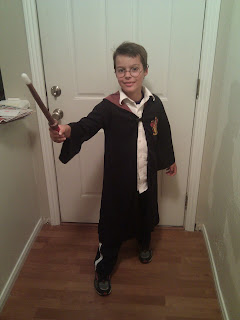 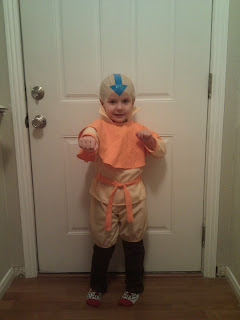 Aang the last air bender (the cartoon version, not the awful movie version). I love how this one turned out. Not to shabby eh? 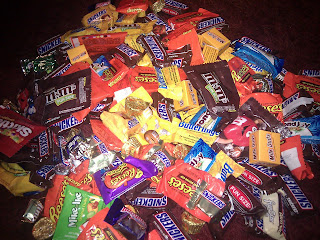 This is the pile of candy the kids gave Chris without his even asking. We have some sweeties:)

Being friends with a girl

Dalin's best friend moved away a while ago and he hasn't really found another "bestie" so I was asking him if there were any kids in his primary class that he wanted to be better friends with. He answered Tenley (the only girl in his class). When I asked why he told me, "Because you need to be friends before you can be a couple."

You may remember his "Principal Comment"on the first day of school. Day three brought, "I don't want to go to school anymore, can't I just get fired from that place?."

One of the behaviors Dalin's kindergarten teacher has been trying to teach her class is self control (i.e. raise your hand and wait to be called on before you speak). While we were at Target Dalin wanted to go to the men's bathroom by himself. Despite my overly parinoid parenting style I relented. After we came home he said,
D: "Mom I wanted to say something not nice but I used self control and I didn't say it."
M: "What did you want to say?"
D: "When I was in the bathroom at Target, there was a guy in there who was wierd and kept getting more and more paper towels and hand sanitizer. I wanted to say 'You old coot', but I didn't"

Mom did you know In-N-Out makes their fries with love? It's because they love their customers money.
Posted by Kristen on Thursday, October 06, 2011 No comments: