I had an awesome time in college.  My grades might say I had a little too much fun, but whatever.  A few weeks ago I found out that one of my dear sweet roommate Jeni has cancer for the third time.  I believe she was only 28 the first time she was diagnosed with breast cancer.  She had two children but after she finished her treatment they felt like their family wasn't complete and they wanted another child.  They decided to go the adoption route because with cancer treatments her body had been through they didn't think Jeni would be able to get pregnant.  Then they had their miracle baby.  She was beautiful and amazing.  Shortly after she was born Jeni was told she had cancer for a second time.  She made it through a double mastectomy, cancer treatments and breast reconstruction surgeries like a champion.  She really is amazing.  But the cancer is back and has spread to her liver.  They started a treatment plan but it wasn't working so Jeni and her family have decided to let this stupid disease take its course.  The roommates that were close enough decided to get together for a visit (we really missed you Sarah!).  I really have an awesome husband because when I found out the news he went into action to make the trip happen.  I couldn't really talk about it without sobbing so he took care phone calls and arranging everything.  He had taken Friday off for our anniversary, but he didn't even hesitate to give that up to drive to Utah with me.  I know, I got a good one.  We met up with Shauna and Natalie for lunch (who came from Idaho) to catch up and get some crying out of the way so we wouldn't be sobbing for the entirety of our visit with Jeni.  I thought we would spend most of our visit with Jeni lying down but she got up, gave us a tour of her home and visited at the kitchen table for a goo hour before she had to lie down.  She looked really good.  We visited for about four hours and I was really worried we were wearing her out and she was just to nice to kick us out but later she wrote on her blog ,
"My wonderful college roommates came and we talked forever. I started to fall asleep while they were talking. It reminded me of staying up late talking in college and the same thing would happen."
I haven't seen most of these ladies for 16 years and it was such a fantastic visit.  I am terrible at keeping in touch with people but it really did feel like we were college girls again.  While we were there Jeni's aunt and uncle were painting the front room and before they left they came to say goodbye and commented how nice it was to hear us laughing so much.  I agreed.  It was a really sad reason to finally get us together but it was so wonderful to be together again. 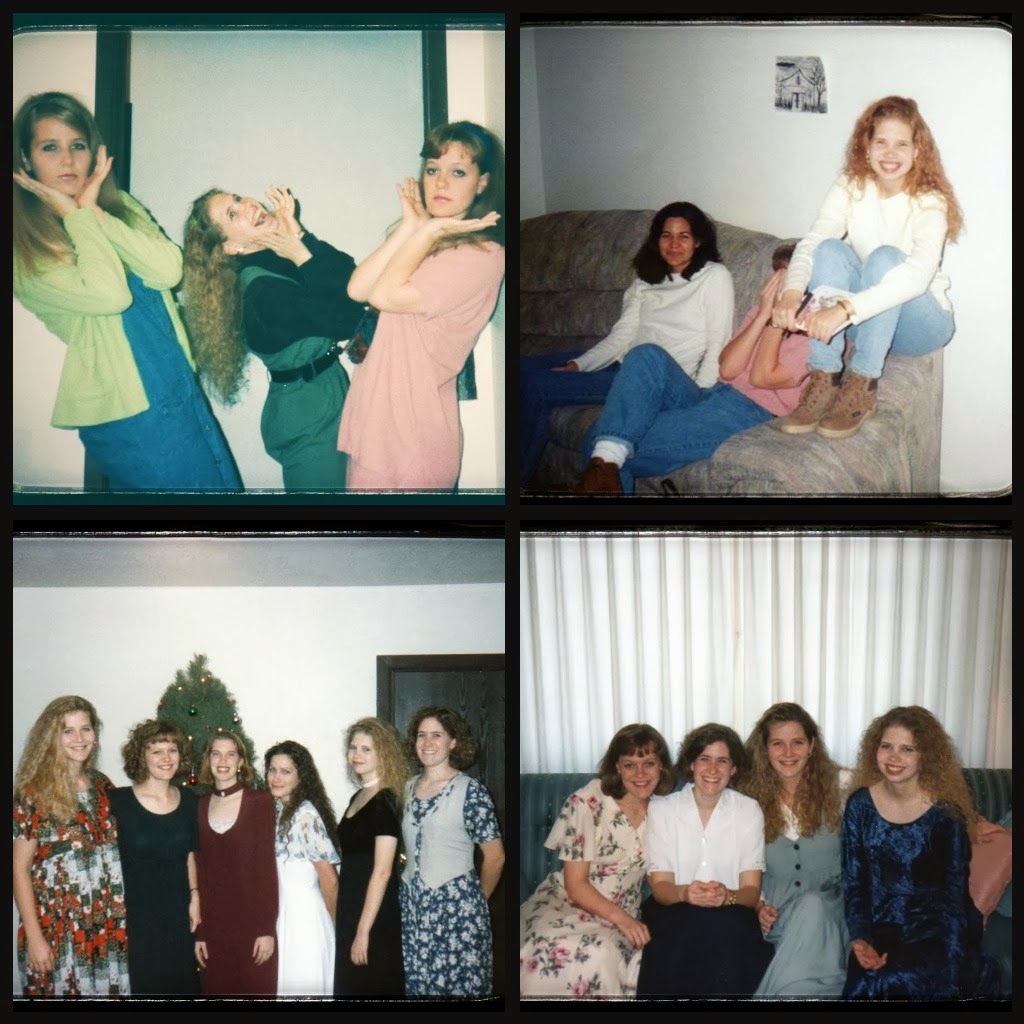