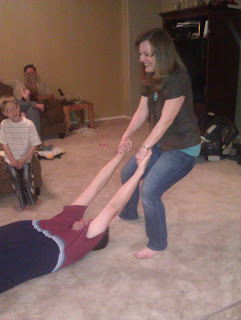 We had a super fun new year's eve party at my brothers house with great company and fabulous food. Thanks to an idea inspired by my brother Jordon and his wife Kortni we had a rousing game of save your husband. We had to see if we could drag our husbands out of the way of a rock slide if their legs were broken. It was HILARIOUS and a lot harder than I thought. The husbands may have a chance, if the kids help. 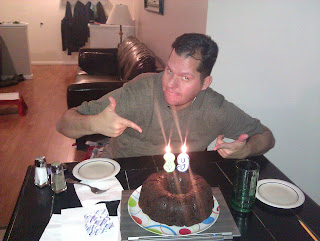 Chris's 39th birthday! He's not much of a birthday celebrator so it was pretty low key. We did go to his favorite restaurant, Texas de Brazil, the night before and he had his new favorite cake (thanks Megan!) and a few gifts on his actual birthday. And he totally got out of cleaning up a disgusting kid mess. I'm never that lucky on my birthday.
Posted by Kristen on Tuesday, February 14, 2012