I have a Young Woman now...

12! Kaylee is 12! It's kind of blowing my mind. When did I become the lady old enough to have a 12 year old? Alright, I know it's not about me;) This year Kaylee had a friend party and we decided to have a movie theme. I use the term "theme" loosely though because besides the invitations and cupcakes looking like popcorn, there wasn't much more movie involved. The girls had pizza, played some "Minute to Win It" games (thank goodness for that show and it's instant party games:) then we were off to the movies to watch Kung Fu Panda 2. Kaylee thought it was fun (so did I), so SUCCESS! Happy Birthday Kaylee, we LOVE YOU! 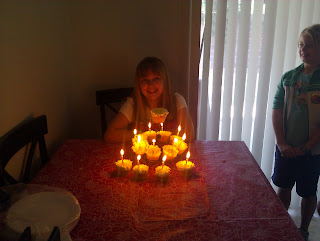 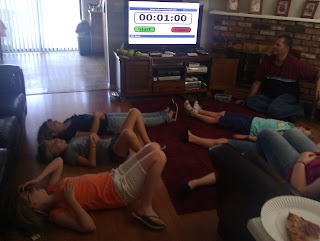 After we had played the games all the girls wanted to try "Face the cookie". They had to move a cookie from their forehead to their mouth using only their facial muscles. They decided laying down was the best technique for this challenge. It was pretty hilarious
Posted by Kristen on Wednesday, June 15, 2011